﻿ Training a new FH Consultant. We met with Altanbileg, a bilingual, young single adult. He was called to be a Family History Consultant in the Khovd Branch.
We met him in UB shortly after are arrival in Mongolia. He speaks Spanish, French and English.  He loves to practice his Spanish with me as there are few Spanish speakers around.  And vise-versa.


Fortunately for us, he moved back to Khovd to be with his family for the summer and school year as he prepares for graduation from college.
Also one of the bright English speaking missionaries, Khash-Erdene, has been assigned to Khovd. He has a delightful, outgoing personality and is a real resource to us as long as he is assigned to the Khovd area. He has already helped us register members in Darkhan earlier this summer just before he entered the mission field.
Additional duties and hospitality. We spent  Friday night, most of the day Saturday and Sunday for a few hours after church helping Altanbileg sign members into Family Tree. We spoke in church - Darlene in Mongolian.
The Branch President had us and the four missionaries over for dinner on Sunday afternoon.
The Branch President Gankhhuyag and his wife Nara raise chickens, geese and turkeys in their compound.

They and their children are preparing to go to the temple in January.


The hospitality was wonderful as are the people in Khovd. They still greet foreigners with warmth and the youth and children love to practice their English.
This was just prior to an All-Mongolia direct broadcast to all church units by the Mission President as he and others introduced a 90 day Book of Mormon reading program to the members.

All members (including the senior couples) are being challenged to finish the Book of Mormon before the beginning of  Tsaagan Sar, a national holiday that begins with the lunar New Year, Feb. 2, 2014.


Preparation Day activity with two of the Branch Presidency and two missionaries.
We drove to the wall built by the Mongolians as a barrier against the Chinese in the 17th century. This is Mongolia’s “Great Wall” to keep the Chinese invaders out. 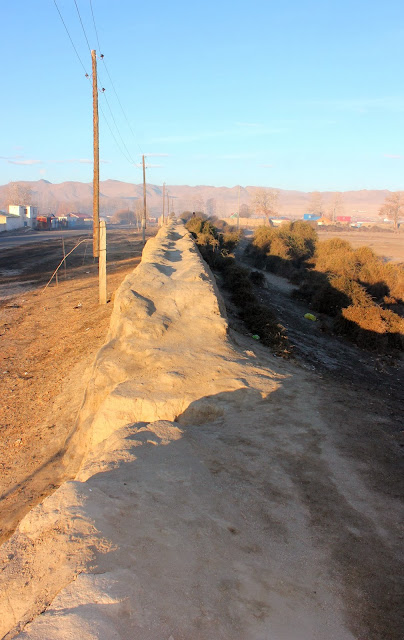 It isn’t nearly as big or glamorous as the Great Wall in China but a historic monument to the spirit of the Mongolian people as they attempted to resist Chinese occupation.


Several monuments in Khovd commemorate the great leaders of this era as they revolted or led armies to preserve or restore Mongolian independence. 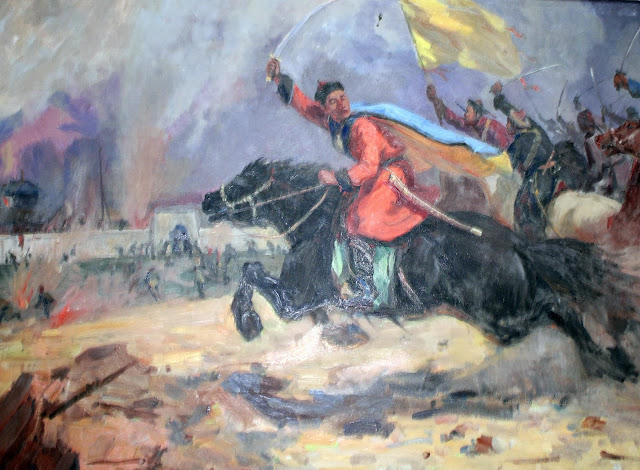 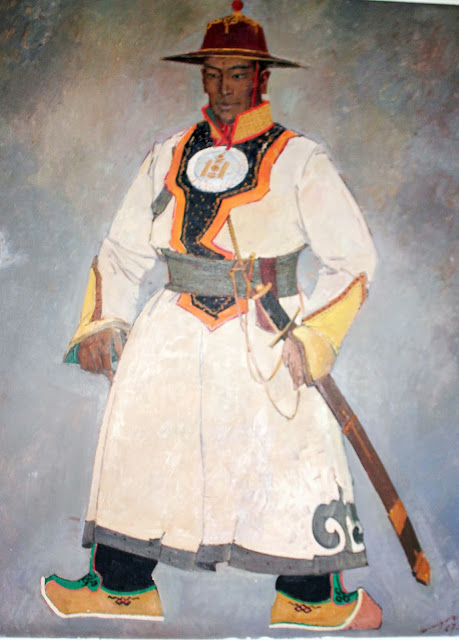 Overlook. We went to an overlook of Khovd though the view was marred by early morning pollution from coal burning fires in the ger districts. 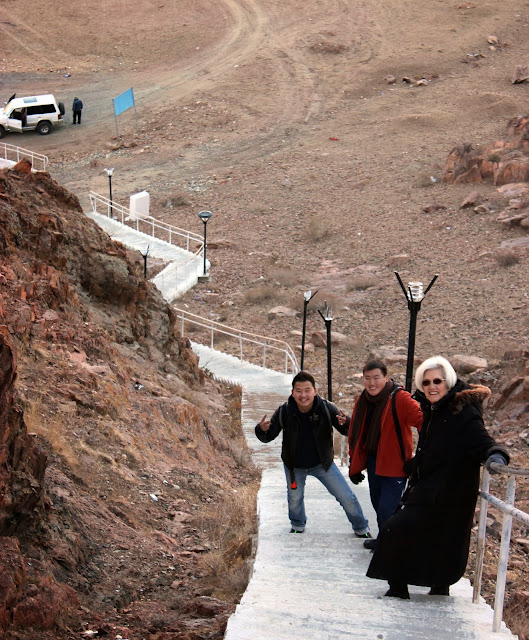 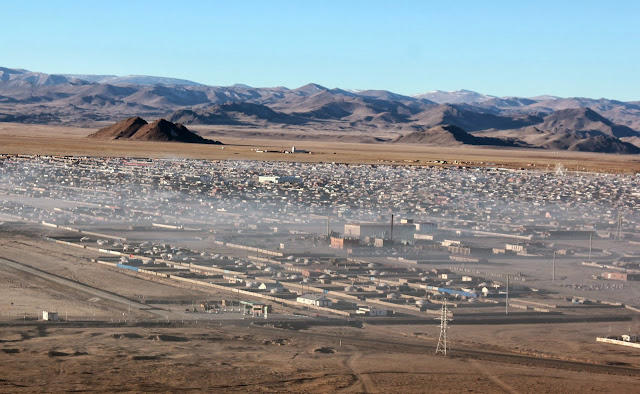 We then visited a natural springs area and the Boyant River that runs by Khovd.
Museum tour. This was followed by a visit to the Khovd provincial museum where we had a guided tour.  One of the highlights was three replicas of cave paintings located about 50 km south of Khovd. The originals have been marred by graffiti so this was special. 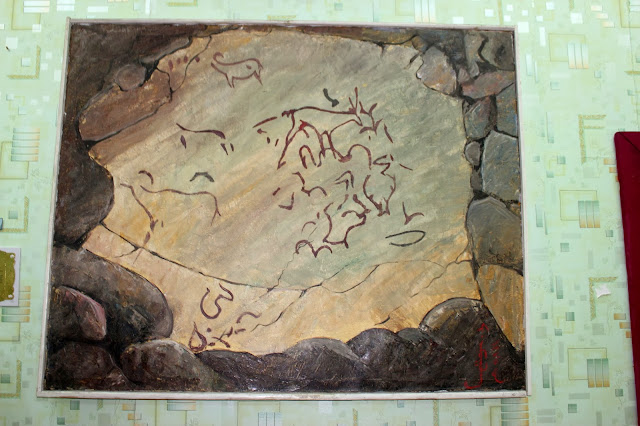 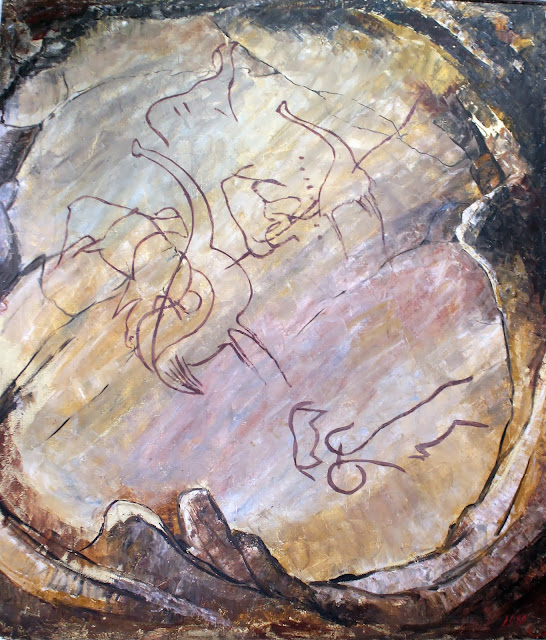 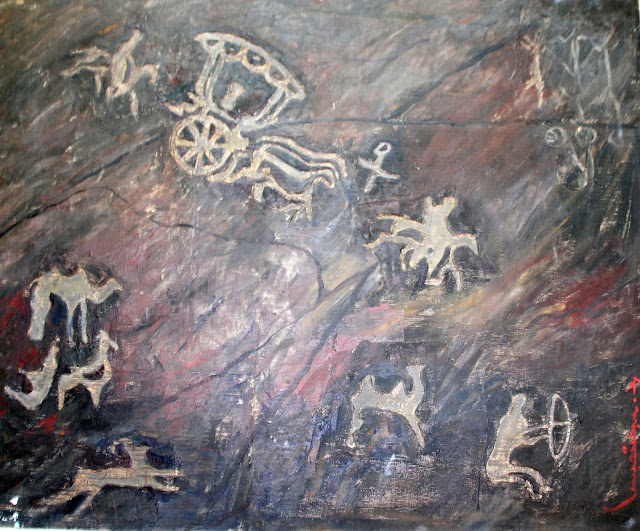 One of the highlights was seeing a tapestry with Mongolian family records preserved in Mongolian script.

Khazak dining. We stopped at a Khazak café in the public market - our third meal there during our stay in Khovd  - for an early lunch. 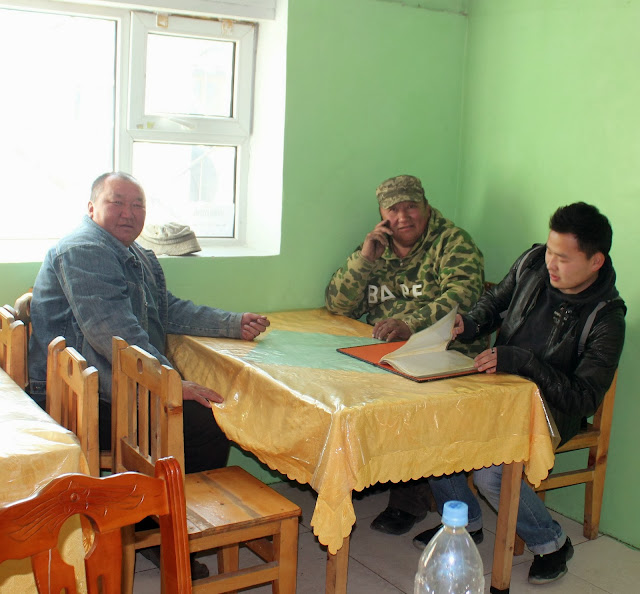 The owners of the café are investigating the church. The food was some of the best we have eaten in Mongolia. 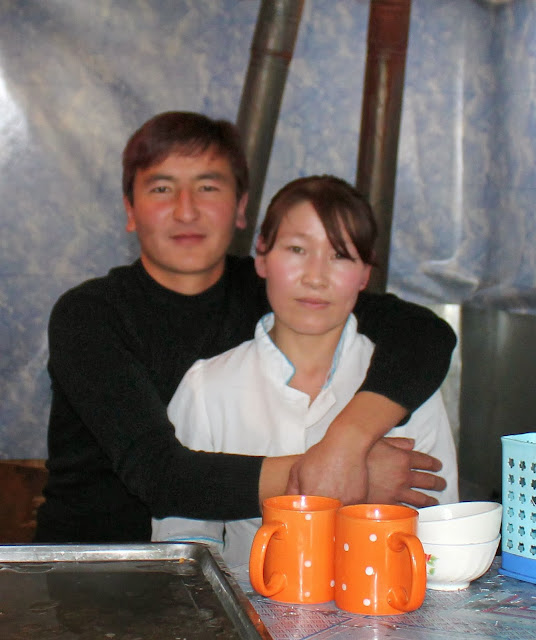 They cook the ribs for several hours prior to serving them – making the meat soft and delicious. And the price was right!
A monastery visit. On the way to the airport, we stopped at a Buddhist monastery where I was able to get a few pictures. 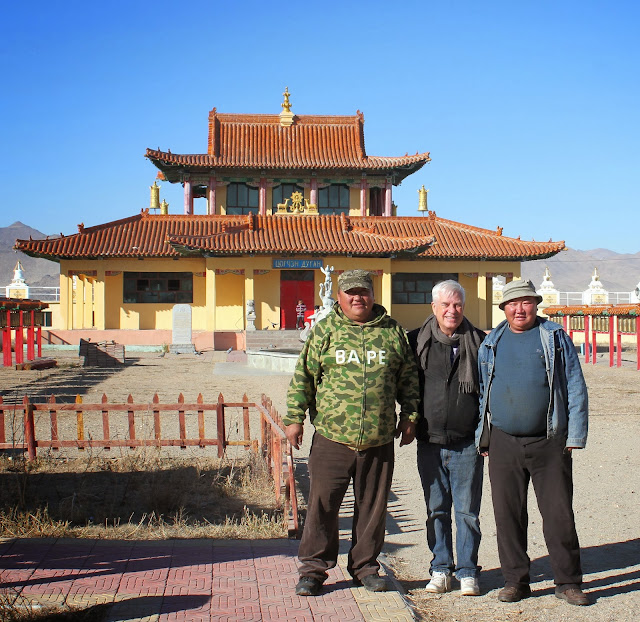 Our nomadic adventure in Mongolia is drawing to a close. On the flight back I couldn’t resist few more pictures of Western Mongolia.
This was our last training trip outside of UB for this calendar year. Maybe it will be our last big trip as we will try to preserve next year’s Family History travel budget for the missionary couple who will replace us after we leave in April.

Western Mongolia from the air - from the land 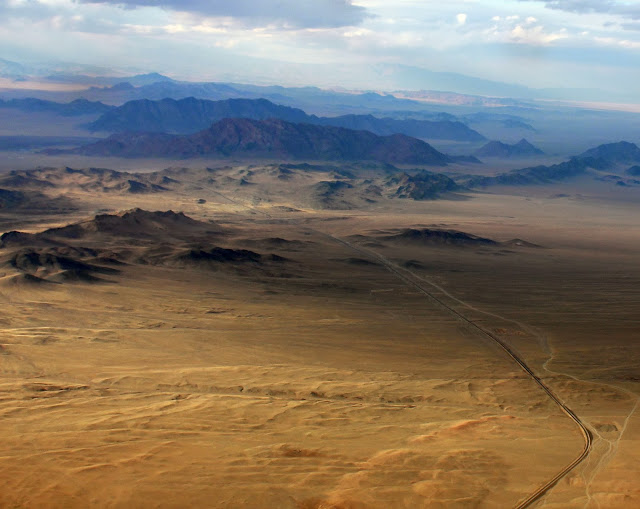 When you fly or drive in Mongolia, you realize how empty and desolate the country is outside of its few population centers. In the fall and early winter everything looks brown - not the lush green of summer when grazing seems so natural.

Western Mongolia around Khovd reminded us of Rock Springs Wyoming or parts of Nevada. 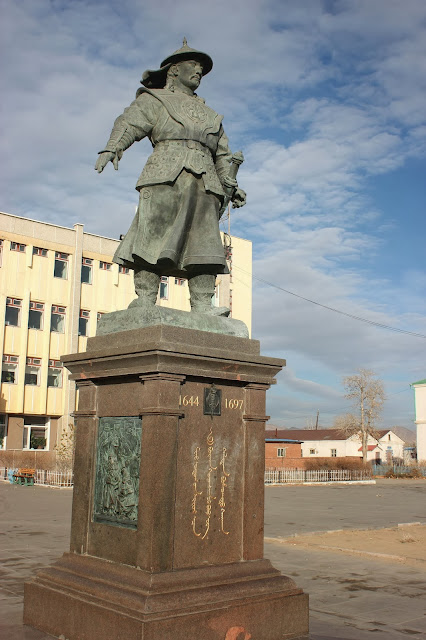 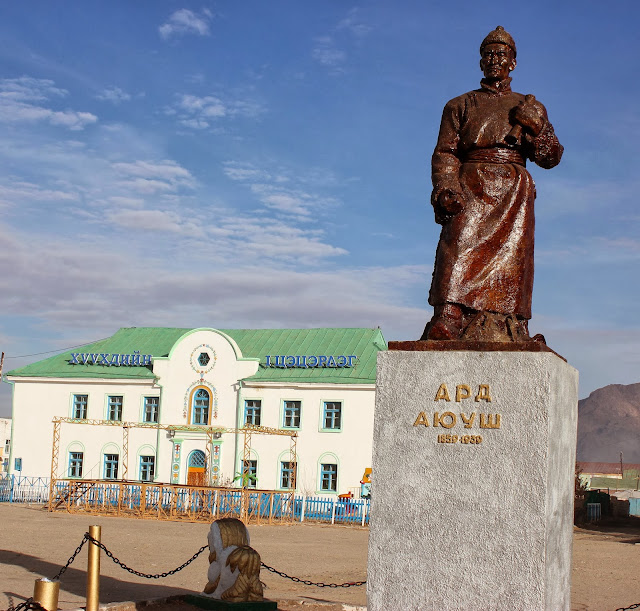 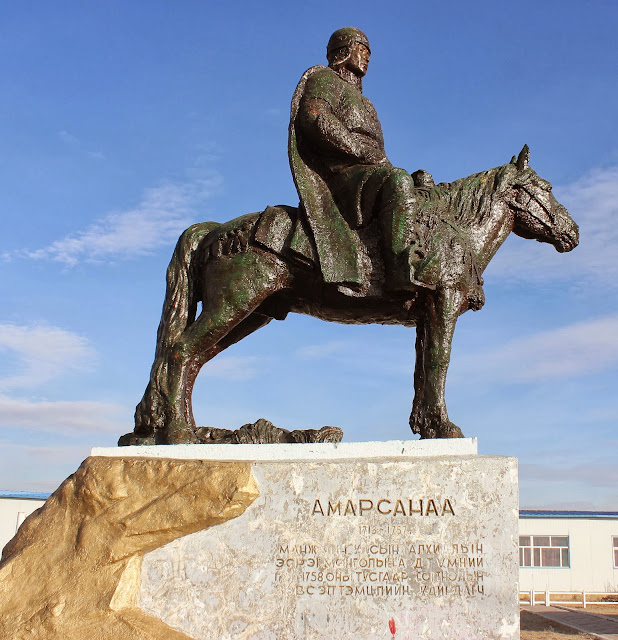 Posted by Val Farmer at 1:40 AM No comments: